The King Is Back – Ben Portsmouth as Elvis 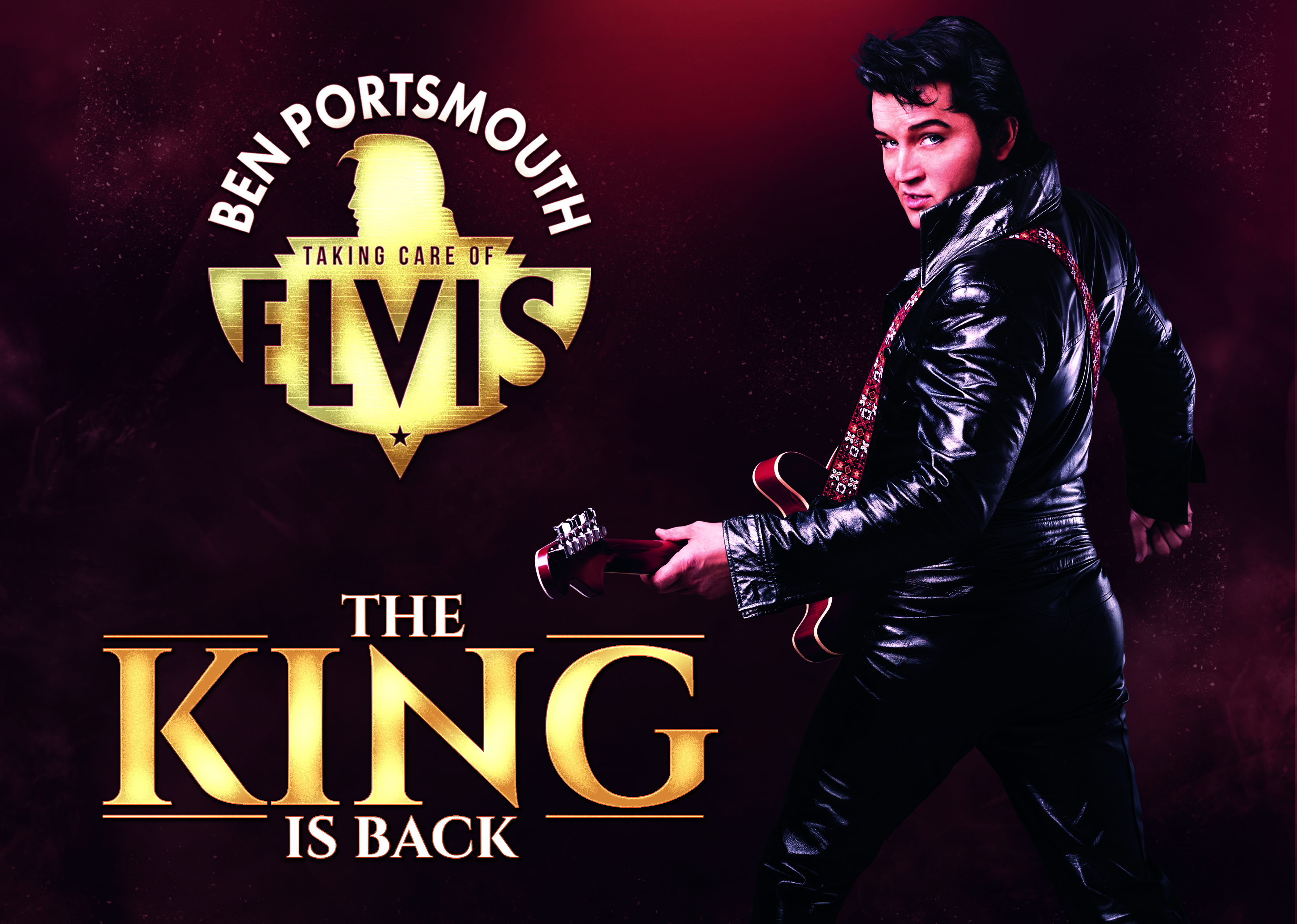 Ben, a multi talented musician, singer and songwriter had Elvis‘s DNA in his blood from an early age. His father was an avid Elvis fan and Ben grew up on a diet of Elvis songs. Having honed his musical talent Ben started his journey as an Elvis Tribute Artist in 2005 when he formed the “Taking care of Elvis” band. Audiences and promoters quickly realized that this was someone with a special talent. He looked like Elvis, sang like Elvis and had an on stage charisma that had audiences believing at times they were watching the King himself. This talent saw Ben rapidly rise through the ranks of Elvis Tribute Artists in the UK.

In 2006 Ben was voted the best Elvis at the prestigious international Elvis festival at Porthcawl Wales, the largest of its kind in Europe. He was the youngest competitor and was the total opposite to the stereotypical Elvis impersonator – he was sexy, didn‘t need a wig and was wearing the most authentic outfits flown in from America.

Success in the UK was followed by success in Europe and Ben qualified to represent Europe in the final of the “Images of the King” contest in Memphis 2010 to find the World Champion Elvis Tribute Artist. It was a daunting task to be competing against the best Elvis Tribute artists in what iseffectively Elvis‘s backyard. However Ben was up to the task, inspired no doubt by his first visit to Graceland. Ben wasvoted World Champion ETA by both the judges and the public vote. When Ben returned to the USA some months later and won again at another major Elvis festival near New York the global Elvis industry sat up and took notice. No Elvis Tribute Artist had made a first time appearance at two consecutive major festivals in America and walked away the winner of both.

In August 2012, Ben made history when he won the Elvis Presley Enterprises “Ultimate Elvis Tribute Artist Contest” which took place in Memphis, crowning Ben as the “Worldwide Ultimate Elvis Tribute Artist”,the only artist from outside the USA to ever win this prestigious title. This success has led to offers from US promoters and all over the world for Ben to headline shows. Ben‘s career in Europe has also taken off where he is playing on the biggest stages to audiences across Europe that are measured in thousands.

However Ben is humble and down to earth. He can‘t believe he gets the opportunity to entertain as an Elvis Tribute Artist and he wants to stay in touch with his core fan base. There will always be a place for the smaller more intimate concert where he can connect on a more one to one basis with his audience.

When Ben performs it‘s as if he is inhabiting the persona of Elvis. His triple octave vocal range and perfect pitch allows him to hit the most challenging high notes. His guitar virtuosity enables him to authentically recreate Elvis‘s 1968 comeback concert.

There was only one Elvis but Ben is the closest you will ever get in terms of Elvis‘s looks, his singing voice and on stage charisma.