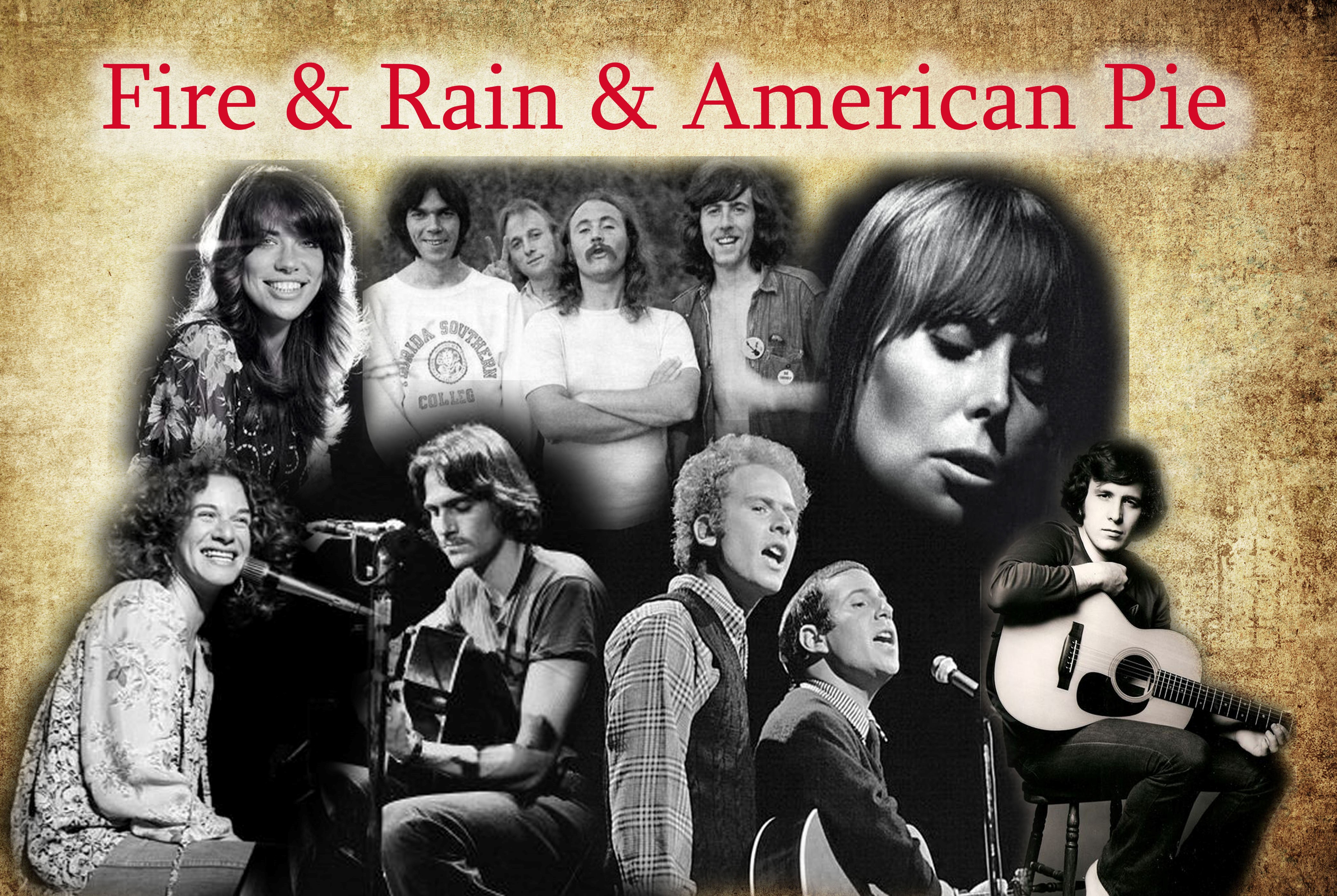 Paul is perhaps better known in the world of TV comedy as Paul Wheeler,  Director of award-winning TV shows such as ‘Live at the Apollo’ and ‘Have I got News for You’. So with ‘Fire & Rain & American Pie‘ it could be said he is bringing us ‘Have I got tunes for you!’ to a live stage show where Paul pays homage to many of his teenage musical idols.

Paul has always been a passionate musician. He is an accomplished guitarist and singer-songwriter playing at intimate venues around UK and Europe. Paul has played at Edinburgh Fringe, Brighton Fringe and many other festivals.

His relaxed acoustic soul and contemporary folk style has always been compared to James Taylor and Paul Simon, combined with his finger-picking guitar technique and soft voice which touches the hearts of many people, on any size stage.

Paul’s style of playing is superbly complimented by Jessica Lee Morgan, who is a wholehearted singer songwriter who doesn’t beat around the bush.  Jessica was raised on rock and folk by her legendary parents (Mary Hopkins and Tony Visconti) and writes songs that reflect her upbringing and jobs in the real world. As happy in a tiny club or a large theatre, she performs emotive live music with her acoustic guitar, percussion strapped in her army boots, and her partner Christian Thomas on bass.

This show is an opportunity to see Paul and Jessica  bring to life these beautiful tunes from American songwriters of late 60s and early 70s with a band of top class musicians.