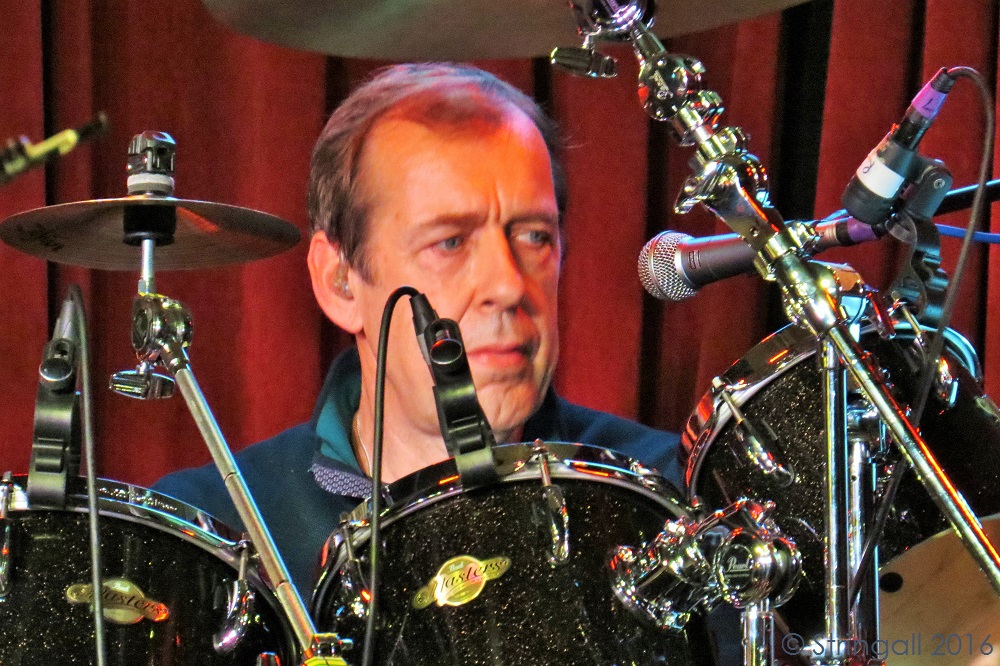 Best known for his work with Big Country, Mark has also been a member of The Cult, Ultravox, From The Jam, Casbah Club and Procol Harum.

Accomplished in all genres of music, his drumming credits also include playing with Halle Orchestra, London Symphony Orchestra and Edmonton Orchestra.

Known for his dynamic, moderate and unique composition style despite his his extensive kits and his resistance to succumbing to technology in an age when music is often mastered without real instruments; this is a unique opportunity to learn from a true maestro of the drum!

“My attitude is that my kit is something that’s there for me to express myself on. I may not use all the drums in one song, but the facility to play them and for them to be heard is there.”
(Mark Brzexzicki in Modern Drummer)

Playing to small audiences, Mark Brzezicki’s Drum Clinics will include a live demonstration across multiple styles and disciplines of music.  He will focus on technique, developing your own style, timing, dynamics and improvisation/solo performances as well as playing as part of an ensemble.  In addition Mark will talk about his extensive experience of life within the music industry both as a Worldwide artist and as a busy session musician.  Mark will also facilitate a Q&A session and be available for signing.