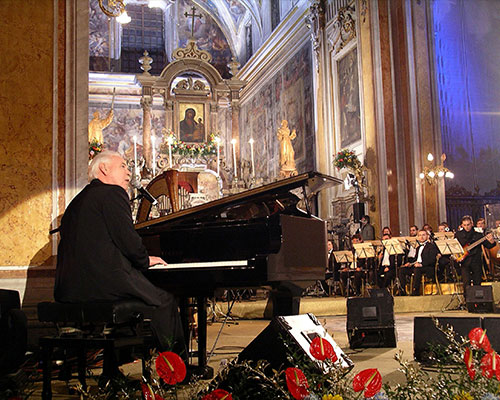 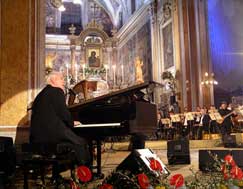 SANTA MARIA LA NOVA – NAPLES
The annual Concert for Epiphany that will took place within the charming atmosphere of the church of Santa Maria La Nova in Naples. The concert was broadcasted through RAI UNO on 6 Jan 2005 and as usual, RAI International will broadcast the concert world-wide via satellite, being expected also the transmission through the channel via satellite SAT 2000.
The director of the orchestra was Renato Serio – Gary Brooker performed “Holding On” and “Salty Dog” to a delighted Italian audience.

18 years ago in News
Comments