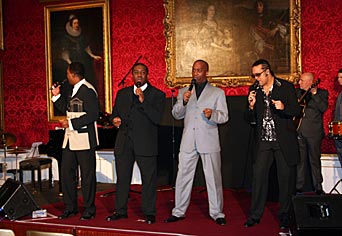 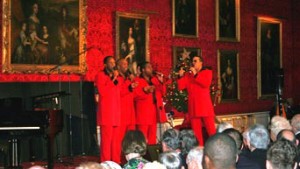 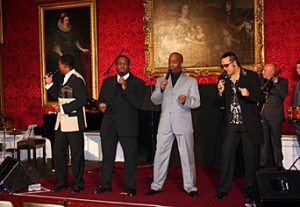 The Drifters on Thursday 8th December 2005 performed at St James Palace, London on invitation from The Princess Royal. The Entertainment was for the charity ‘The Not Forgotten Association’. the event was arranged by impresario Dougie Squires and Master of Ceremonies Richard Stilgo. Other guests in attendance included Cilla Black, Gloria Hunniford, Esther Rantzen alongside many other dignitaries.
The concert was broadcasted through RAI UNO on 6 Jan 2005 and as usual, RAI International will broadcast the concert world-wide via satellite, being expected also the transmission through the channel via satellite SAT 2000. The director of the orchestra was Renato Serio – Gary Brooker performed “Holding On” and “Salty Dog” to a delighted Italian audience.

8 years ago in Uncategorized
Comments