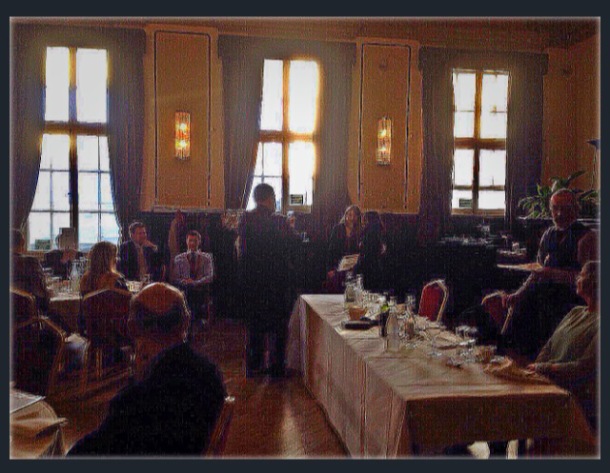 Institute of Entertainment and Arts Management

At 1230 on Friday 06 March approximately 30 members and guests covened in the Courtroom of Browns in Covent Garden for the Presidents Reception and Awards Lunch 2015. Following a Champagne Reception, we all enjoyed a very pleasant lunch and glass of wine. In summing up the verdict was, a thoroughly good time was had by all.

The Lifetime Achievement Award was presented to Paul Hollman. 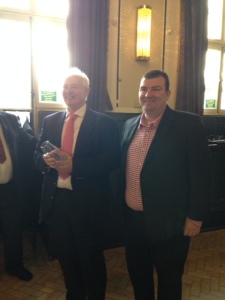 In  response Paul Hollman submitted his thanks –

I am writing to thank the General Council and membership of the IEAM for presenting to me the lifetime special award at the Lunch on Friday.   I was totally over whelmed and didn’t ever expect to receive such an award. Please pass on my thanks to all who are  responsible for this and I wish the Institute well in all  that it does to support the industry we all care about and work in. 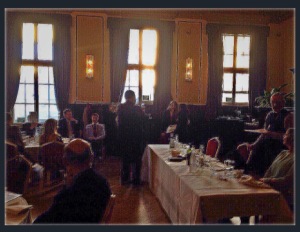 Lucy originally worked at Earls Court during her university placement year.  We were so impressed with her that, after she graduated in Events Management, we employed her on a full-time basis as Conference and Event Co-ordinator.  She has held this position since June 2014.

2nd prize of £500.00 was presented to Nicole Barden who is working for MLM Concerts LTD as   PA and Sales Representative.  Nicole sold over 100 shows since starting work with MLM Concerts n May 2014.

Third prize which was £500.00 was awarded to Portia Vilakati, Receptionist and Events Assistant, Central Hall, Westminster.  Portia has been at The Central Hall form 2011 t resent day and has been an excellent team member and excelled in all her duties. 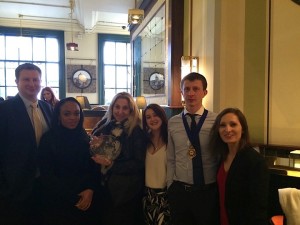 Here is a picture of Justine Kane in the middle with her award and both the George Imber winners on either side of her. Gemma-Louise Gordon on the left

Gemma has enrolled on the Postgraduate Diploma in Event Management and Marketing, starting in March 2015. A committed individual, Gemma will be giving up her full time job while juggling her role as a single parent to attend. Gemma hopes to use the experience gained during the three-month internship included as part of the course to pursue her dream career.

Victoria Smart on her right.

Having attended an open evening at the college, Victoria has taken her first steps towards a new career and enrolled on the March Postgraduate Diploma. Financially self sufficient, a bursary would enable Victoria to self-fund her tuition and make the most of the evening and weekend volunteer opportunities offered with the course.

The I.E.A.M Waterford Award and this goes to Justine Kane. Justine is currently Course Director at Ashdown Academy, placing hundreds of graduates into roles and tutoring them through to successful qualification.

Building on a successful career as an Event Director, Justine began her lecturing career five years ago. In addition to the strategic development of courses, she develops students’ individual skills as they prepare for either their work placement or the job market. Much of her time is spent building relationships within the industry to place students in successful work placements.

Justine has also worked with some of the UK’s largest companies and Justine also co-ordinates a number of international hospitality and sporting events (working alongside celebrities and VIP’s including HRH The Prince of Wales, Martin Clunes, Anika Rice and Matthew Pincent) as well as collaborating to secure a range of corporate sponsorship deals. She has a special interest in the future of green events and constantly strives to inject environmental strategies into all her projects. 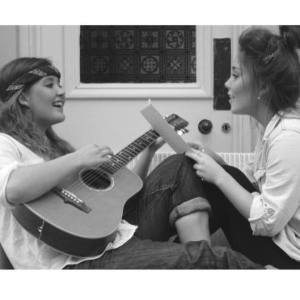 A big thank you to Administrator and founder IEAM member Ray Daynes, who arranged the whole event.

Following the Awards, Michael Anderson announced his resignation as the President of the Institute and passed the presidency on to Richard Bradshaw, ITV Senior Health & Safety Risk

Looking forward to next year and another highly enjoyable luncheon.  I rest my case.

Vacancy are still open for IEAM Treasurer and Administrator.

6 years ago in Uncategorized
Comments