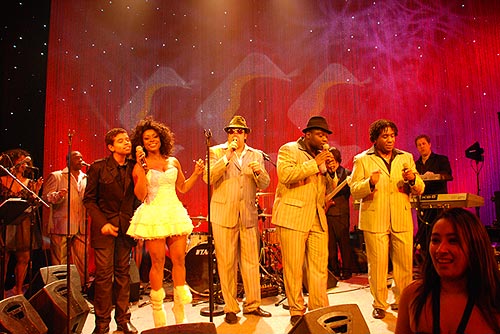 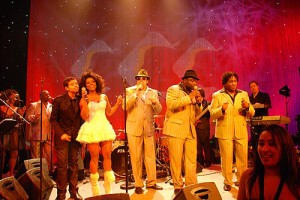 Patrick Alan led the 15-piece line up (including Musical Director, Asha Elfenbien and Amy Whinehouse drummer Pete Biggin) through hits by, The Four Tops, The Temptations and Stevie Wonder Classics, whilst the dance floor erupted with guests.

The ever-glamorous Stephanie Benson then charmed the audience with her outstanding glamour and costumes, singing renditions of The Supremes hits. The show ended with a big time Lionel Ritchie dance hit, “All Night Long”.

The audience demanded an encore and the band responded with Martha Reeves hit “Dancing in the streets”.

President of Sony Asia Raj Singh joined in enthusiastically with all the dancing and singing.

14 years ago in News
Comments