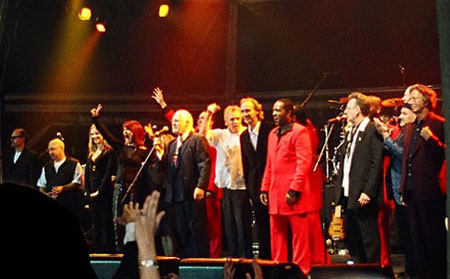 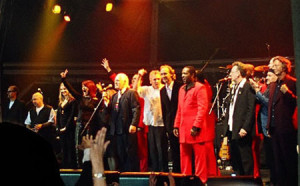 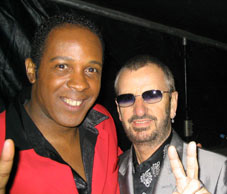 Wintershall Estate played host to a star-studded event with a line up that could challenge Geldof’s Live 8 event! In the beautiful setting of the historic Wintershall Estate, the champers flowed as the black ties were loosened and the glamorous high heels wobbled from the hospitality tents down to the massive stage, upon which we were entertained by the cream of rock music’s greatest stars.

Finally, a touch of genius from Gary when he invited special guests, THE DRIFTERS to join the stellar throng onstage. Dazzling us with wonderful versions of their legendary hits “Under The Boardwalk” and “Stand By Me”, THE DRIFTERS’ line up of Patrick Alan, Rohan Delano Turney, Victor Bynoe and Peter Lamarr created superb harmonies and thrilled the audience with their charisma, cool dance moves and sassy red suits, whilst Gary added his magical vocal and piano talents. The finale was a glorious affair, featuring Mike Rutherford’s Genesis tune, “I Can’t Dance” whilst The Drifters tried really hard not to dance but failed miserably! Lasers frolicked through the trees and fireworks sizzled over the lake as the artistes and audience alike took pleasure in one another’s magnificent enthusiasm.

What a fabulous evening with a surprising collection of musicans gelling perfectly under the musical guidance of Gary Brooker M.B.E.

16 years ago in News
Comments